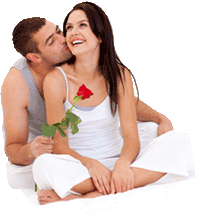 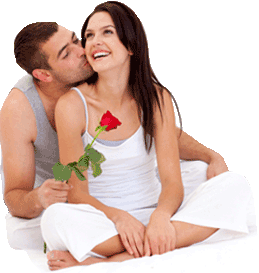 Excerpt from Falling for Mr. Wrong

Book #3 of the Dunlin Shores Series

Mitch set his bags on the thick carpet in the bedroom of the Orca Suite, then quickly unpacked. In the sitting room, he set his laptop on the desk, which faced the ocean—his work space for the next five weeks. The top-floor suite, the best in the place, took up the entire third floor. The rooms were spacious, private, and comfortable, and the bathroom contained both a shower and a Jacuzzi tub for two. Great for a romantic vacation.
With no lover in tow this year, he doubted he'd use the Jacuzzi. He looked forward to enjoying the ocean from the balcony during daylight, and the gas fireplace at night. Exactly what he needed. He opened the sliding-glass door and stepped onto the balcony.
A brisk, salt-scented breeze ruffled the drapes, signaling a cool night ahead. The sun was about to set and the tide was coming in. Waves rushed and foamed over the beach, and the color slowly leached out of what had been a deep blue sky. Gulls and pelicans circled over the water in search of fish.
Mitch inhaled the air and felt better than he had in a long time. The town, the sea, this bed-and-breakfast, Fran's nurturing ways—all of it salved to his sorry soul. Her natural warmth always had drawn him.
He was looking forward to five weeks away from the energy-sucking people in his life, each with needs and demands. Especially his editor, agent, and publicist. After pushing back his deadline twice, he had no choice but to follow through and complete the book he owed them. Everyone thought he’d finished the work and had come here to revise and polish it. Little did they know it was only half written, and badly. One hundred and fifty pages of utter shit.
The motivation guru couldn’t motivate himself. Now, there was something to write a book about. He snorted.
What in hell had possessed him to think he could write a book about finding your bliss? Did bliss even exist? Hell if Mitch knew. Move He scrubbed his hand over his face. Since his father had died eight months ago, he was no longer certain of anything.
From the outside he was the picture of success. His books made all the lists, and businesses around the country wanted him for conferences and retreats. His agent and publicist were pressuring him to expand into the worldwide market and triple his business. The time was right, and he'd vastly increase his already impressive wealth.
Ten months ago he’d have grabbed on to the idea and run with it. Now, not so much. He no longer knew what he wanted, except to regain his zest for life.
Too bad there wasn’t a magical cure for that.
Two pelicans dive-bombed into the sea, an enjoyable sight Mitch barely registered. He and his father had never been close, but his death had ripped Mitch apart and affected him in ways he’d never imagined.
His creativity had all but dried up. The instant the thought formed, his gut clenched. Only the weak let emotions get in the way of work, his father always said.
Screw that. Mitch wasn't weak. He'd drive out the demons and forge ahead, or die trying. Setting his jaw, he willed the anxiety away.
Triumphant—for the moment—he relaxed. The one saving grace was, not a soul knew about his little problem, and no one ever would.
Like it or not, he was his father’s son. They both were workaholics, men who stifled their feelings and moved from woman to woman. True, there’d been a time when his dad had been faithful to his mother. But since her death when Mitch was ten, the old man had been with countless women. Nothing serious and never for long.
Mitch had followed in those footsteps. But since those last few weeks when he and his father had grown close, the dying man’s views had changed.
“Don’t end up like me,” he’d advised. “Find a good woman, settle down, and raise some kids. Put your career second, and you just might end up happy.”
Surprising advice, and ironic, considering that Mitch was supposed to be the expert on happiness. Sure, he intended to get married someday, but no big rush. He was only thirty-three and enjoying the hell out of being single. Or had before his father's death.
The wind gusted, this time hard enough to whip the cold air straight through him. He headed inside, pulling the sliding door closed. Time for the dreaded wine-and-cheese social. After half an hour he’d leave, drive someplace, and have dinner. Then turn in early and wake up refreshed and ready to work.
Come tomorrow, he’d hole up here and write the damn book—no excuses.

back to main books page